Steve Kenney (1972-2014) was a beloved detective protecting the people of DeKalb County, GA 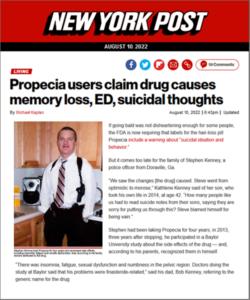 In Mohit Khera’s groundbreaking PFS research, published in June 2020, the Director for Andrology Research at Baylor College of Medicine wrote, “Two patients (8%) in the 5ARI arm committed suicide during or after the study period.”

At the time, only one of those patients, Daniel Stewart, a Professor of Criminal Justice at the University of North Texas, was known to the public. Because shortly after Daniel’s death in April 2014, his parents, Glenn and Rita Stewart, asked us to share the heartbreaking news of his passing. And their message was clear:

We need to do whatever we can to warn against the potential dangers of finasteride, and to help prevent future PFS suicides.

Now, eight years later, the parents of the other late patient in Dr. Khera’s study have joined the Stewarts’ struggle. 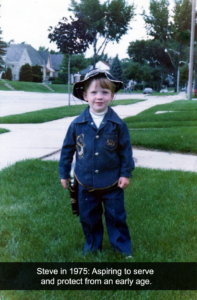 “There was insomnia, fatigue, sexual dysfunction and numbness in the pelvic region,” Steve’s dad, Bob Kenney, tells The Post. “Doctors doing the study at Baylor said that his problems were finasteride-related.”

“Steve went from optimistic to morose,” says Steve’s mom, Kathleen Kenney, of the obvious impact Propecia had on her son. Then she asks, “How many people like us had to read suicide notes from their sons, saying they are sorry for putting us through this?”

Born Sept. 7, 1972 in Milwaukee, Steve developed athletic and artistic interests alike at an early age. In high school, he made the track, weightlifting, and football teams. And when not racking up wins, he sang and playing guitar à la his musical idols, Bob Dylan and Neil Young.

After earning a sociology degree from Providence College in 1994, Steve joined his parents in Atlanta, who’d moved there in connection with Bob’s role as an executive at UPS. 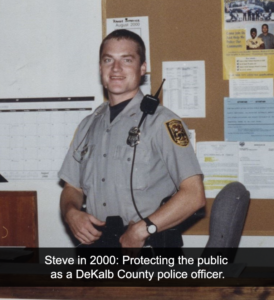 Over the next four years, Steve worked as a counselor in adolescent treatment facilities before joining the DeKalb County Police Department (DCPD), in 1998, as a patrolman.

Steve, however, was anything but your average cop. Among the anecdotes his colleagues like to recall is this: One day, he was driving his squad car through a busy intersection when a motorist who was busy chatting on his cell phone sped through a red light at the cross street and T-boned Steve. The squad car flipped, but miraculously landed upright.

So Steve crawled out of his near-totaled cruiser, brushed himself off, and limped over to the motorist to inquire about his condition. Only after Steve determined that the negligent driver was unharmed did he issue a speeding ticket.

By 2011, Steve had risen to the rank of detective sergeant with DCPD. In that supervisory position, he worked a variety of beats, including homicide, narcotics, armed robbery, and vice. 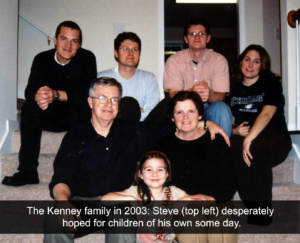 Rising as well was Steve’s national profile. During this period, he and his staff of homicide investigators were featured several times on the long-running A&E news magazine The First 48.

CNN, too, would go to him for breaking-news updates. In April 2011, after a road-rage incident in Atlanta involving a driver who shot at a car full of kids whose mom didn’t accelerate fast enough out of a green light—hitting four-year-old Korda Baliey in the backside—Jane Velez-Mitchell put Steve on the air live. When the CNN anchor asked for the latest on the story, Steve replied:

“Right now we’re focusing on looking at video from any of the businesses and residences that were in the area. We’re hoping to get a better look at the suspect’s vehicle. We’re also taking calls and tips from the public.”

Please feel free to express your opinions on the link between finasteride and suicidal behavior in the Comments section of The Post story.