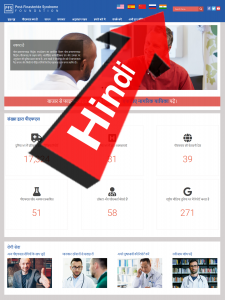 The nation that gave us such wise figures as Mahatma Gandhi, Srinivasa Ramanujan and Anandibai Joshi just got a bit wiser.

With respect to PFS, that is.

Now, speakers of the world’s third most popular language can read all about post-finasteride syndrome (aka “पोस्ट-फ़ाइस्टरसाइड सिंड्रोम”) in their native tongue. To access our Hindi content, simply click the Indian flag to the left of the search box at the top of any PFSFoundation.org page.

This aggressive stepping up of global awareness efforts got under way in September 2018, with the relaunch our flagship English edition. Since then, average monthly visitors to our site has risen more than 330 percent, with 32,000 new Spanish-speaking users, 8,000 new Chinese-speaking users, and 5,000 new Russian-speaking users.

According to Ethnologue: Languages of the World, some 615 million people currently speak Hindi, which, in addition to India, is widely spoken in Fiji, Nepal, Pakistan, Suriname, Mauritius, Guyana and Trinidad and Tobago. Couple that with world’s 1.13 billion English speakers, 1.11 billion Mandarin Chinese speakers, 543 million Spanish speakers and 265 million Russian speakers and we’re able to boast more than 3.6 billion people who can access our PFS Patient Support program, medical literature, epidemiological snapshot, news and other resources. 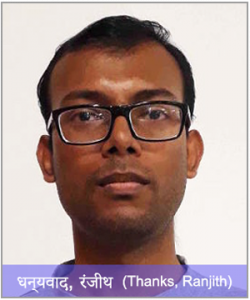 Once again, this latest foreign-language edition was made possible by a member of the PFS community who is dedicated to warning fellow citizens of finasteride’s many potential dangers.

That would be Ranjith Shanghvi (left), a 35-year-old technical editor from Kanpur, India, who has suffered from PFS since 2017.

Five months ago, after US President Joe Biden selected Kamala Harris (right)—whose mother, Shyamala Gopalan, was born in Chennai, India—as his running mate, Ranjith asked us to consider adding Hindi to our roster of foreign-language editions. 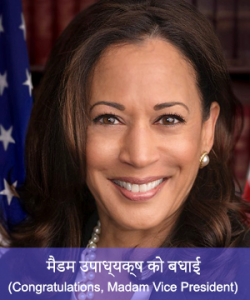 “If Vice President Harris only knew how negatively her family’s homeland is being impacted by PFS, she might use her position to help,” he wrote. “Please let me take the first step on this effort by overseeing the translation of your website into Hindi.”

And the rest, as they say in the Land of the Taj Mahal, is “इतिहास.”

As is today's inauguration of America's first-ever female Vice President.

If you live in a Hindi-speaking country, please share the link to our Hindi edition across as many pertinent platforms as possible, including hair-loss forums and Facebook pages. Ditto any Indian doctors who may be treating you or a loved one.