Titled Neuroactive Steroid Levels and Psychiatric and Andrological Features in Post-Finasteride Patients, the three-year study also uncovered evidence of neuropathy of the pudendal nerve among those with severe erectile dysfunction.

In all, 16 men with PFS and 25 control patients were evaluated in the study conducted at the University of Milano’s Department of Pharmacological and Biomolecular Sciences by a team of 12 researchers led by Roberto Cosimo Melcangi, Ph.D. The PFS patients had discontinued finasteride for a median of 5.4 years at the time of evaluation, and had no prior history of erectile dysfunction or depression prior to finasteride use.

Key findings of the study include broad effects on plasma and cerebrospinal fluid (CSF) neuroactive steroid levels observed in 14 PFS patients, as compared to 25 controls. Statistically significant decreased levels of DHT, pregnenolone, progesterone, 17-beta estradiol and dihydroprogesterone (DHP), and increased levels of DHEA, testosterone and 3-alpha diol were observed in the CSF of PFS patients. 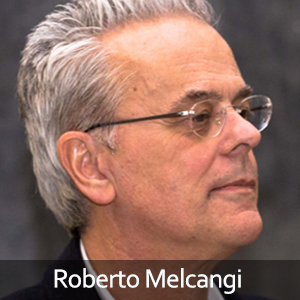 Additionally, 50 percent of the PFS patients were diagnosed with major depression based on the results from validated questionnaires, the Mini-International Neuropsychiatric Interview, the Beck Depression Inventory and the Beck Anxiety Inventory.

Such depression represents the first confirmation of findings in research led by Shalendar Bhasin, MD and published last year in The Journal of Clinical Endocrinology & Metabolism (Characteristics of Men Who Report Persistent Sexual Symptoms after Finasteride Use for Hair Loss), which suggested that men who experience persistent sexual dysfunction after discontinuing finasteride have “neurobiological abnormalities.”

“Among the most important milestones of Professor Melcangi’s research is that it builds directly on Dr. Bhasin’s work,” said Dr. John Santmann, CEO of the Post-Finasteride Syndrome Foundation, which sponsored the study.

“Medical science is now one step closer to characterizing the underlying biologic mechanisms of PFS, which in turn promises to pave the way for the development of effective therapies,” he added.

In March 2015, the U.S. National Institutes of Health listed PFS on its Genetic and Rare Diseases Information Center, noting that “some patients who have taken finasteride have referred to side effects such as sexual dysfunction and depression (sometimes severe)… Studies sponsored by the NIH and other organizations are underway to better understand the effects of 5-alpha reductase inhibitor drugs.”

Headquartered in Somerset N.J., the Post-Finasteride Syndrome Foundation was established in July 2012 as a 501(c)(3) organization, with private grants from families in the U.S. and abroad. Tax-deductible financial donations to the nonprofit organization can be made via PFSFoundation.org, which also houses patient-recruitment information on active clinical studies, published research, research goals, and media reports about PFS.  In July 2015, the PFS Foundation established The Southwest Brain Bank in the Department of Psychiatry at the University of Texas Health Science Center, whose mission is to collect and study postmortem human brain and spinal cord tissue in patients with PFS in order to better understand the pathology and etiology of the condition.