Recent events in Europe and Asia have given me hope that, before this decade is out, we’ll see the day when no man on earth is prescribed finasteride without ample warning of its many potential dangers.

On May 24, the UK’s equivalent of the US Food and Drug Administration, the Medicines and Healthcare Products Regulatory Agency, issued a drug-safety update titled Finasteride: rare reports of depression and suicidal thoughts.

“Depression and suicidal thoughts have been reported in men with and without a previous history of depression,” it reads. “Depressed mood has been previously recognized with Propecia. A recent review of the evidence has suggested more significant depression can occur.”

On July 4, South Korea’s equivalent of the FDA, the Ministry of Food and Drug Safety, which received 1,351 adverse drug reaction reports for finasteride between 2013 and 2016, followed suit. The agency mandated that the label on Propecia and its generic versions warn against depression and suicidal ideation.

Now, to mark the PFS Foundation’s five-year anniversary, I’d like to share some additional highlights of the past 12 months.

More and more, major media organizations are not just reporting on the existence of PFS, but exposing the devastating impact the condition often has on young men and their families. 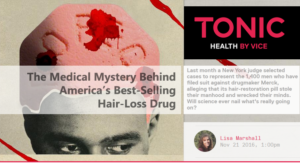 When the shot rang out on Jan. 19, 2016, no one was around to hear it. Eric Carlos Rodriguez made sure. That day, the 33-year-old financial analyst…slipped on jeans and a hoodie, lifted a black Glock 9 mm handgun out of its case, and walked down the stairs to the pontoon boat docked outside his family’s vacation home. He’d been living with his parents in a nearby Los Angeles suburb for years, quietly battling a crushing brain fog and insomnia. As he’d recently confided to his mother Ana, he also suffered from a bizarre constellation of sexual symptoms that had shrunken and numbed his genitals…

In early January, he asked his parents if he could stay at their bayside villa in Oxnard for a while. They reluctantly obliged, texting often to check in. One day, he didn’t text back. His father found him on a Wednesday morning…a single shot to his temple. His parents aren’t sure when Eric pulled the trigger. But Ana is convinced she knows why. She says a rare side effect of the hair-loss drug finasteride, aka Propecia, killed her son.

That same month, French TV-news magazine Santé aired a story about a 25-year-old aspiring banker from Paris who endured PFS for more than three years.

On June 7, 2016, Romain Mathieu, who had several months earlier moved home from London where he’d been studying at the most prestigious business school in Europe—and had been scheduled to intern at Deutsche Bank in July—sealed himself in a tent at a local park. Then he released carbon monoxide gas which, as intended, ended his life. He’d signed his suicide note “A victim of Propecia.”

“He was no longer himself. He was a ghost,” Romain’s mother Sylviane Mathieu told Santé. “I knew he’d be leaving us.”

Doctors as well are more frequently voicing their concerns about finasteride. Daniel Marchalik, a urologist at MedStar Washington Hospital Center, for instance, wrote a February 3 column in The Washington Post, in which he noted:

A recent study demonstrated changes in the levels of certain steroids in cerebrospinal fluid of men taking finasteride for hair loss. These steroids have been shown to influence brain function, and their presence may help explain the profound psychological changes such as depression and suicidality that have been associated with finasteride use. This research should cause us to think more carefully about this commonly encountered medication.

(For a complete listing of PFS news stories, please refer to our Media Awareness page.)

Three PFS Foundation-sponsored studies have appeared in major medical journals over the past nine months. In September, The Journal of Clinical Endocrinology & Metabolism published the study conducted at Brigham and Women’s Hospital and led by Shalender Bhasin, MD, a professor of medicine at Harvard Medical School.

Titled Characteristics of Men Who Report Persistent Sexual Symptoms after Finasteride Use for Hair Loss, the research suggested that men who experience persistent sexual dysfunction after discontinuing finasteride have “neurobiological abnormalities,” including neural circuitry that overlaps with functional abnormalities identified in men suffering from “major depression.”

Among other key conclusions was that men 16 to 42 years old without prior sexual dysfunction exposed to finasteride ≤ 1.25 mg/day were more likely to have new ED and new low libido. Of these 4,284 men, 34 (0.8%) developed PED with a median duration of 1,534 days after drug discontinuation.

One month later, our second clinical study, conducted at the University of Milano’s Department of Pharmacological and Biomolecular Sciences by Roberto Cosimo Melcangi, PhD, appeared in The Journal of Steroid Biochemistry and Molecular Biology.

In all, 16 men with PFS—all of whom had no prior history of erectile dysfunction or depression prior to finasteride use—and 25 control patients were evaluated by a team of 12 researchers, who also uncovered evidence of neuropathy of the pudendal nerve among those with severe ED.

In addition to the studies we’ve funded, we’ve seen a continued stream of research supporting the thesis that finasteride does in fact cause PFS.

Alessio Soggiu, PhD, an assistant professor at the University of Milano, published a paper in the October issue of Psyconeuroenocrinology titled Exploring the neural mechanisms of finasteride: A proteomic analysis in the nucleus accumbens. In it, he writes:

Recent evidence has shown that [finasteride], albeit generally well tolerated, can induce untoward psychological effects in a subset of patients… [Our research] showed that FIN treatment affected the expression of a number of accumbal proteins involved in key functional processes, such as regulation of GABAergic neurotransmission, as well as steroid and pyrimidine metabolism. These findings may prove crucial to understanding the neurochemical mechanisms of FIN’s neuropsychiatric side effects. 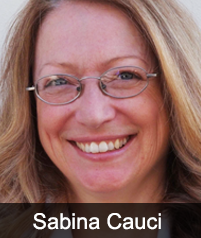 A month later, Sabina Cauci, PhD, an associate professor at the University of Udine’s Department of Medical and Biological Sciences, published a study in The Journal of Sexual Medicine titled Androgen Receptor (AR) Gene (CAG)n and (GGN)n Length Polymorphisms and Symptoms in Young Males With Long-Lasting Adverse Effects After Finasteride Use Against Androgenic Alopecia. She concluded that:

Short and/or long (CAG)n and (GGN)n repeats had different frequencies according to symptoms reported by patients with PFS, likely reflecting the vast array of genes modulated by the [androgen receptor]. This study showed a U-curvilinear profile of (CAG)n repeats for skin dryness symptoms, where the two extremes exhibited a worse condition than medium repeats. Further studies are necessary to investigate the PFS pathophysiology using a precision medicine approach.

We continue to expand our network of doctors and other health care professionals worldwide who have backgrounds in finasteride use and research, while educating them on PFS. Year over year, that network has grown from approximately 30,000 to 47,000. 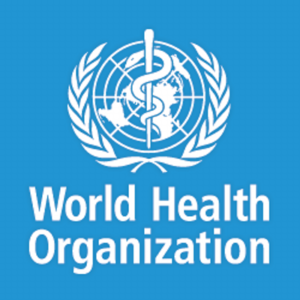 And we continue to monitor and distribute the adverse drug-reaction reports for finasteride housed in the World Health Organization’s VigiBase database, so that medical professionals are aware of the rising global trends.

It’s disturbing to note that, according to those statistics, 45 men to date have taken their own lives due to finasteride ADRs, while another 31 have attempted suicide. In all, more than 13,600 finasteride ADRs have been filed with the WHO.

In last year’s address I announced a new section of our Resources page listing doctors who maintain an interest in helping PFS patients manage their symptoms. At the time, 20 had volunteered for inclusion. Today that list has more than doubled, to 51 medical professionals across 12 specialties in 17 nations.

From Irwin Goldstein in San Diego, Calif. to Keith Jarvi in Toronto, Canada to Olivier Chabre in Grenoble, France to Hoon Kang in Seoul, Korea to Kim M. Drasa in Tirana, Albania, we thank you one and all.

Meanwhile, our Patient Support program, designed to connect PFS patients with one another for moral support and sharing potentially helpful coping strategies, is shaping up to be one of our most popular resources. 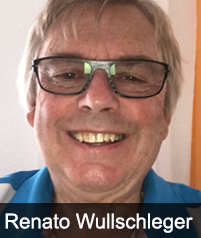 In January 2016, Renato Wullschleger, a PFS patient from Frauenfeld, Switzerland, called to inform us that, after 15 years on Propecia, he began suffering from complete loss of libido, extreme muscle atrophy, incessant tinnitus, deep depression, and insomnia that “nearly robbed me of all my senses.”

At wits end, he jumped at the chance to speak to other PFS patients about how they managed to survive such health crises.

Eighteen months later, Renato phoned to let us know how much better he felt, thanks in part to the support of fellow PFS patients in Switzerland and the US, as well as to Roberto Melcangi, who provided a consultation via Skype.

"A psychiatrist put me on Seroquel for a few months after I crashed, which helped me get back to sleep," he said. "But today I’m completely unmedicated. And while I still see my psychiatrist, he's very satisfied with the progress I've made."

“2016 was the worst year of my life,” he continued. “If not for all the encouragement and kindness I received from other men who’ve lived through similar nightmares, I’m not sure what I would have done.”

"My advice to any man suffering from PFS is to help yourself—move, go out, try to forget, be an optimist even when you're in the depths of hell. And of course make music," added Renato, whose rock band, The Circles, has been performing in Europe for more than 40 years.

As we embark on year six of our mission to fund research on and increase awareness of PFS, while helping support those afflicted by the condition, I ask you to continue giving generously to the PFS Foundation so that we may continue this vital work.

In the meantime, if you or a loved one are suffering from PFS, and feeling depressed or unstable, please don’t hesitate to contact us as soon as possible via our Patient Support hotline: social@pfsfoundation.org